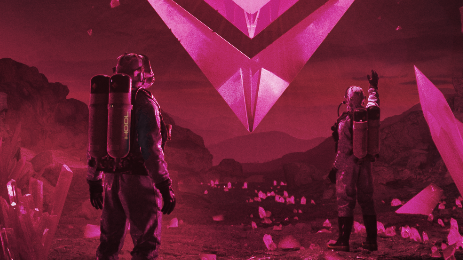 The biggest NFT marketplaces saw web traffic increase by 430% on average last month, amid a booming market for the crypto collectibles.

Non-fungible tokens (NFTs) are cryptographically-unique digital tokens that can prove ownership of, and lend scarcity to, digital content such as images, audio or video.

The NFT art market has seen rapid growth in recent months, spurred on by headline-grabbing sales such as Christie’s auction of a digital artwork by Mike “Beeple” Winkelmann for $69 million. Sales of crypto collectibles have also been on the rise, with NBA Top Shot selling millions of baseball-themed digital trading cards. It’s sparked a rush of web traffic to sites that sell and resell NFTs.

What are NFT marketplaces?

NFT marketplaces let you auction off NFTs to anyone around the world who’s willing to pay in cryptocurrency. Payments are made directly from the buyer to the artist, with the marketplace typically taking a cut. NFTs can also be resold on these marketplaces, with the secondary market for NFTs growing at a rapid pace.

NFT platform and “creative playground for artists” Foundation saw the biggest growth over the past month, rising from half a million users to 6.5 million, an increase of 1,200%. It enables sales of a variety of digital art and has a focus on giving artists their own profiles.

Other NFT marketplaces also saw significant growth in the number of visitors to their sites. Rarible grew by 305%, OpenSea by 360%, MakersPlace by 263%, and SuperRare by 158%. SuperRare is the second biggest marketplace, with $29.5 million in sales volume last month.

Here Are the Biggest Celebrities Who Have Launched NFTs

NFTs’ surge into the popular consciousness has been helped along by a number of high-profile sales—and even comedy skits. Following Beeple’s sale at Christie’s, rival auction house Sotheby’s has announced a sale of NFT art by digital artist Pak. Well-known musicians including Grimes, Deadmau5 and M.I.A. have created their own NFTs, alongside celebrities such as actor John Cleese and YouTuber Logan Paul.

On top of that, comedian Pete Davidson dressed up as Eminem on Saturday Night Live to try to explain them. It’s unclear if this education drive actually worked—just 27% of Americans claim to be familiar with NFTs—but it did for SNL; an NFT of the skit sold for $365,000.