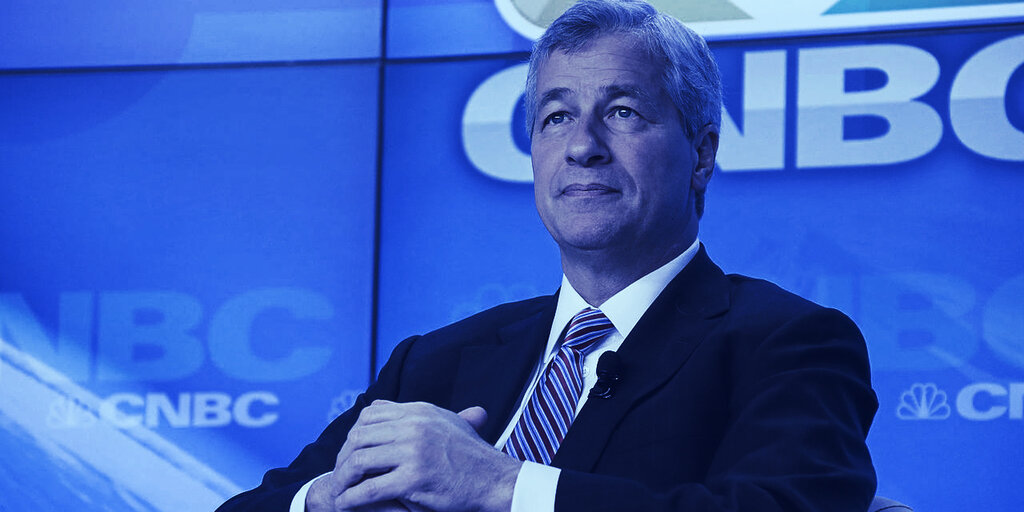 The legal and regulatory status of Bitcoin and other cryptocurrencies is something that needs to be dealt with—and now, according to Bitcoin skeptic and JPMorgan boss Jamie Dimon.

Dimon, who famously called Bitcoin a “fraud” back in 2017, made the comments in a letter to shareholders today.

“There are serious emerging issues that need to be dealt with—and rather quickly: the growth of shadow banking, the legal and regulatory status of cryptocurrencies, the proper and improper use of financial data, the tremendous risk that cybersecurity poses to the system, the proper and ethical use of AI, the effective regulation of payment systems,” he wrote.

The CEO of one of the world’s largest banks also said that “regulators need to decide what they want included in the regulatory system—and what they don’t want included,” stressing how complex regulation in the US currently is.

Dimon may have a point—especially when it comes to crypto: different government agencies appear to have different agendas, with sometimes contradictory positions.

An example is the Securities and Exchange Commission (SEC) which claims authority over most Ethereum-based tokens previously sold in the US to raise funds for new companies. But the Commodity Futures Trading Commission (CFTC) oversees all things Bitcoin-related: like futures and options contracts.

Then there’s the IRS, FinCEN, and various state and local regulatory agencies that have their own views on the matter.

Though with more and more traditional financial investors showing interest in crypto, big banks are hoping for clearer rules. Just yesterday, Goldman Sachs CEO David Solomon said that he expects the digital currency world will experience a “big evolution” in terms of regulation, and that current regulations prevent the bank from acting as a principle around crypto.

Dimon also said in the letter that traditional banks are under threat due to shadow and fintech banks, and that JPMorgan was “aggressively adapting to new challenges” presented by big tech.

The bank called the battle for “digital supremacy” between traditional banks and fintechs the “real post-COVID-19 story” in a research note for investors earlier this year. According to JPMorgan, banks need to buck up their ideas if they want to compete with the rapidly expanding fintech sector, or they will become a thing of the past. In his letter today, Dimon added that “level playing field regulation” was needed in order for banks to fight this “enormous competitive threat.”

JP Morgan Will Get Involved With Bitcoin if There’s Enough Demand, Says COO

And the “threat” he’s talking about is real: JPMorgan estimates that there are now 58 fintech companies with a market cap over $1 billion, all competing for customers with quicker and more efficient services.

Notoriously anti-crypto, Dimon once said that his own daughter was “formerly smart” after buying Bitcoin—and that its investors were “stupid.” But the billionaire banker’s business is warming to the asset: last year JPMorgan said that Bitcoin is solidly competing with gold as an alternative asset and that “the potential long-term upside for Bitcoin is considerable.”

The views and opinions expressed by the author are for informational purposes only and do not constitute financial, investment, or other advice.

previousTodd Rosenbluth: It Will Be 1-2 Years Before the U.S. Approves a BTC ETF
nextSouth African Crypto Exchange Ceases Operations Less Than a Month After Suspending BTC Withdrawals